I saw five films in this year’s festival.  The most astonishing was L’Inferno. Italy’s first feature length film, it yanks us into a headlong dunk in the diabolical. Released in 1911, it was completed after three years and three directors: Francesco Bertolini, Adolfo Padovan, and Giuseppe de Liguoro.  Cineteca di Bologna restored the film in 2007, using fourteen remaining prints with intertitles in various languages. A third of its original length, it now provides 66 minutes of devilish perversion, enumerating Hell’s bolgias (a.k.a. ditches, funnels or chasms) with tortured theatrics and special effects.

An unprecedented ambitious production for its time, it boasts a simple concept: List earthly crimes and depict matching punishments with graphic horror, as described in Dante Alighieri‘s Divine Comedy, written six centuries earlier. Modes of damnation include humans morphing into upright reptiles, a man carrying his own head “like a swinging lantern”,  women bathing in excrement, sinners lodged to their chins in a pond of ice, and simonious popes buried head first, feet sticking upright from the ground. 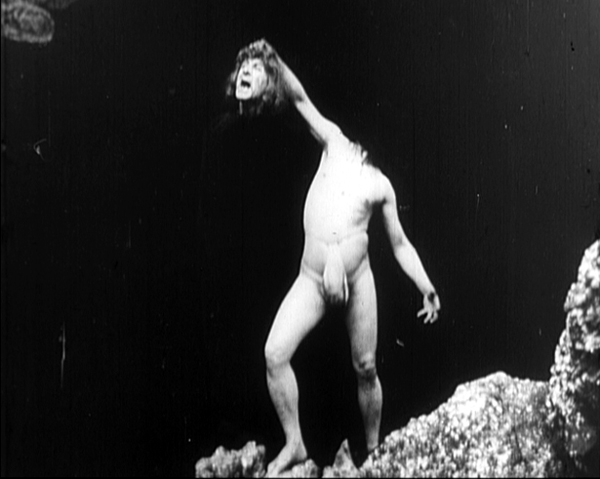 We gain entry (and escape) to this horrid landscape by following Dante and his protector, Virgil, as they inspect the fiery valleys with the detachment of anthropologists.  The mood is comfortless, the display carnal, the scope of punishable deeds familiar. With somber pace, we trespass landscapes we would never wish to imagine, much less visit. It all creates an intriguing opportunity to dwell among pitchforks and take tally of our own souls. 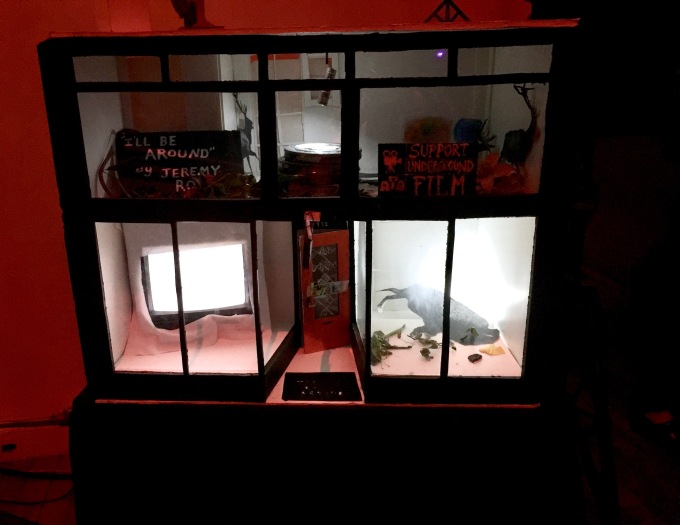 Above:  Replica of the Artists Television Access’ storefront by Jeremy Rourke

Jeremy Rourke performed I’ll Be Around last Saturday night at Other Cinema, the culmination of a year long residency at Artists’ Television Access, sponsored by the Creative Work Fund. Storyteller, stop motion animator, bard, Rourke drenches his multimedia masterpiece in good old fashioned love. With cinematic song and dance, he glorifies the gritty, amplifies the edgy, and celebrates over 30 years of underground activity. He also offers excavated evidence:  ancient video missives from founders Marshall Weber and Lise Swenson, a self-propelled eviction letter from the late-80s, and a dizzying montage of former playbills. 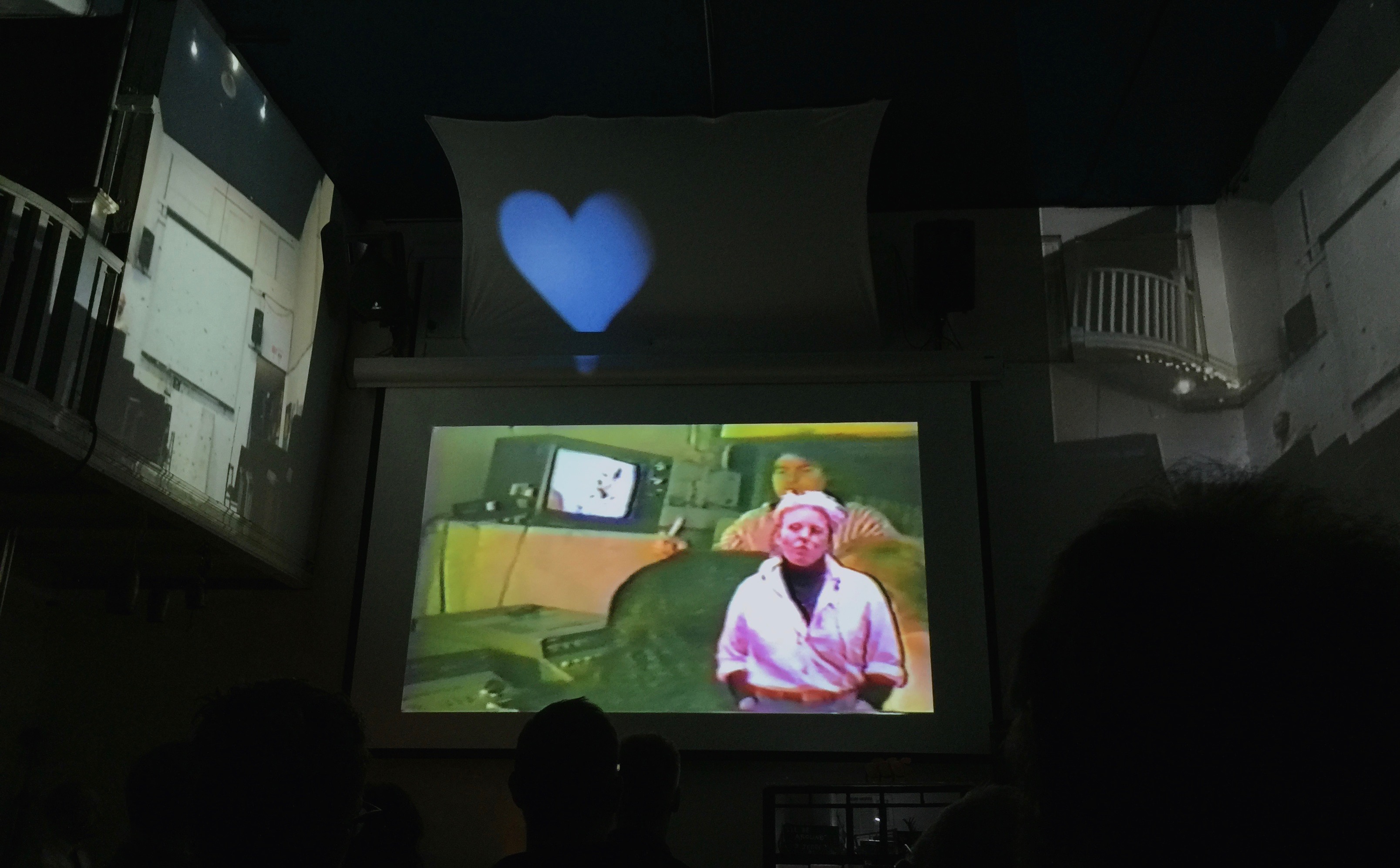 Founder Lise Swenson promotes ATA as a resource for underground filmmakers in a decades-old video.

While I’ll Be Around barely grazes the exhaustive range of film and performance that has taken place over that 30-year span, it highlights the transitional nature of the space itself, as well as its abiding presence. Assisted by his own handmade dioramic reproduction of ATA’s storefront, Rourke narrates architectural changes — evolving screen shapes, bathroom demolitions — and explores the sidewalk scenery outside, a hat tip to ATA’s role as a vital contributor to Valencia Street. In one hilarious scene, a toy skeleton cartwheels across the walls, dancing with every detail and doorbell.  It’s quite the giddy experience to watch the room in which you are sitting get so gleefully dissected on screen, both spatially and temporally. 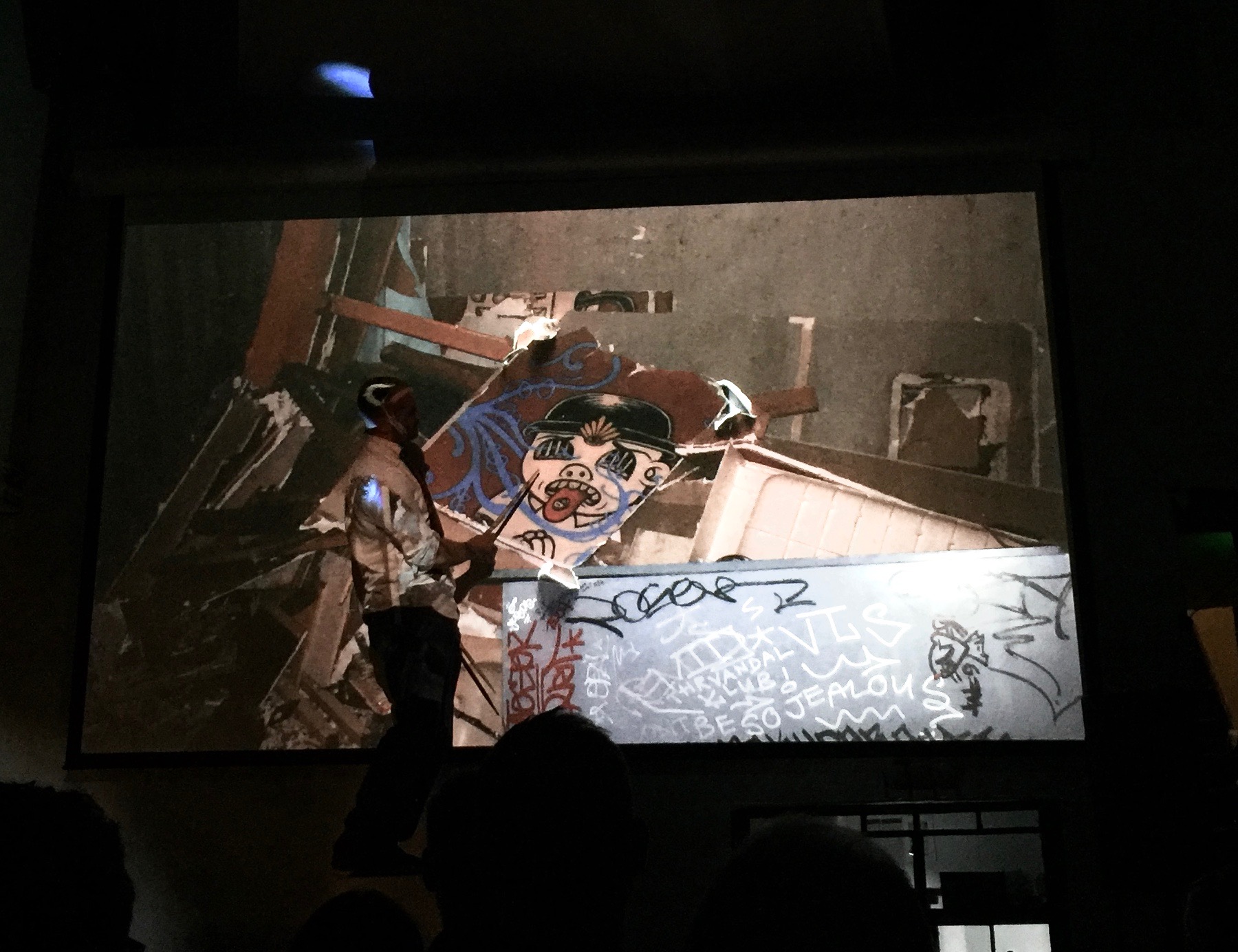 I’ll Be Around concludes with a quadra-spectral tribute to the archive beneath the floorboards owned by filmmaker, archivist, and longtime curator of the Other Cinema series, Craig Baldwin. A song constructed from 16mm film titles ensues as Rourke unleashes the poetics of educational film nomenclature. 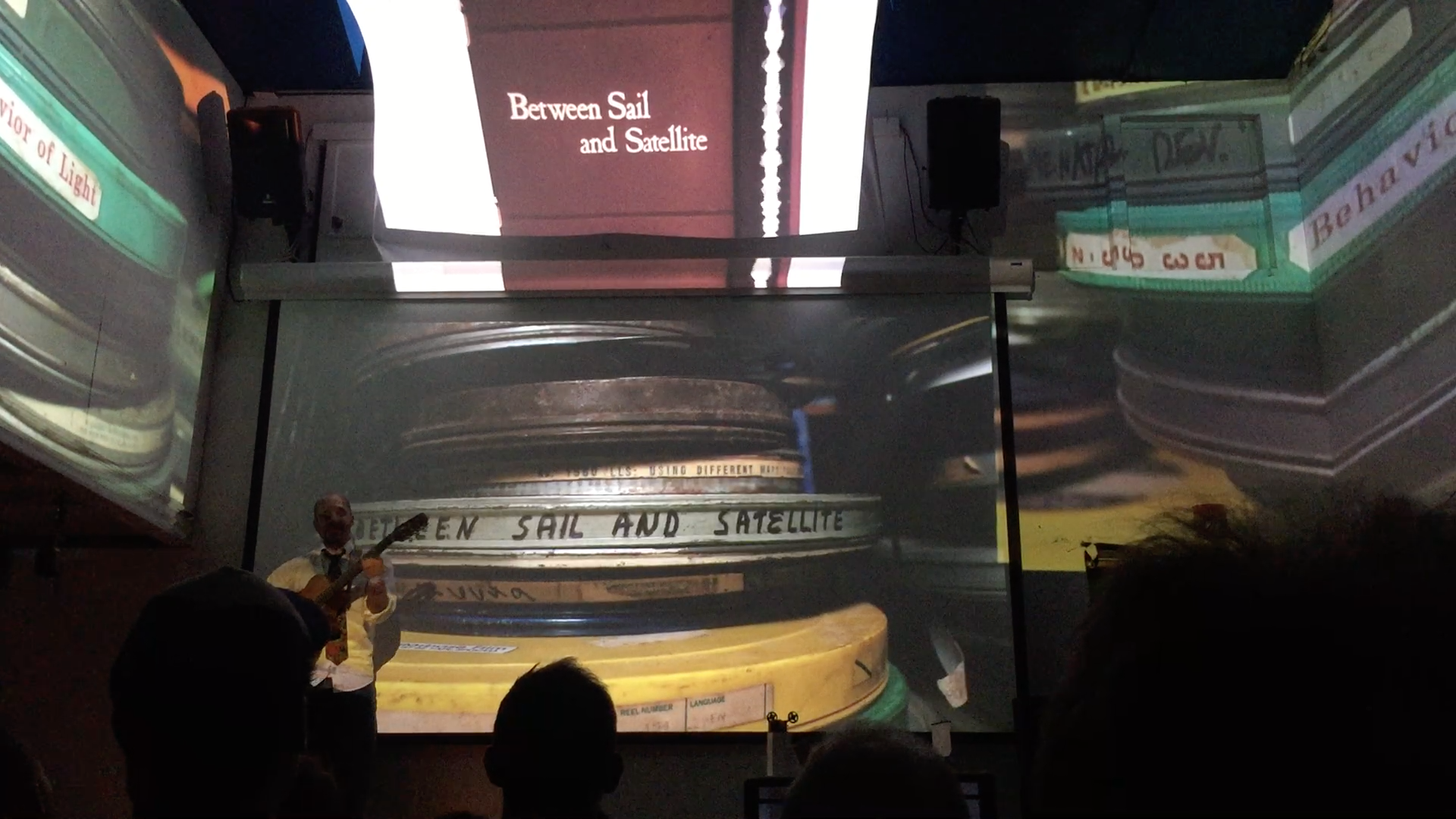 For those of us who have enjoyed Artists’ Televison Access for decades, Rourke’s generous reverberating ballad is a fitting tribute to our beloved San Francisco arts space.  We can only hope against hope that our favorite underground venue will last another 30 years.