The documentary I am Not Your Negro resurrects the exquisite humanity of author James Baldwin, as it deconstructs the history of racism in America. His pained perspective, as a self-declared witness of the civil rights era, strips bare the nation’s ugly history of slavery, segregation and the successive assassinations of America’s best black leaders:  Medgar Evans, Malcolm X and Martin Luther King, Jr. These three men were Baldwin’s close friends and all died within five years of each other. Drawing from Baldwin’s unfinished book, Remember This House, the film describes these friendships and their loss from a personal perspective.

Directed by Haitian Raoul Peck, the film does not delve into details. Its factual scope is basic and familiar. However, it uses Baldwin’s written and spoken words to dissect the cultural complexity of race relations, particularly as it conscribes the black man. It relies heavily on archival newsreel footage, but also interweaves Hollywood’s treatment of race through the decades.  Movie clips range from 1950’s seal tight white Doris Day to interracial fare such as Imitation of Life (1934) and Guess Who’s Coming To Dinner (1967), and express a bizarre dissonance in how race functions from various points of view.

The film’s most radical contribution happens to be James Baldwin himself, who defies stereotype as a gay intellectual ex-patriot returning home to Harlem from the literary comforts of Paris. With stark clarity, Baldwin describes the psychology of racism and renounces it, without negating its tragic power.

I am not a nigger, I’m a man.  But if you think I’m a nigger, then it means you need it.  And you got to find out why.  And the future of the country depends on that.

The great force of history comes from the fact that we carry it within us, are unconsciously controlled by it in many ways, and history is literally present in all that we do.

I am Not Your Negro is not simply a historical documentary, for the present bleeds into it.  Footage of recent events — Black Lives Matters protesters, police brutality, and violence in Ferguson, MO — are offered without comment. It leaves us viewers high and dry, uncomfortably awake. Awake to the reality that white supremacy now inhabits the White House, and to an unknown future fraught with racial unease. 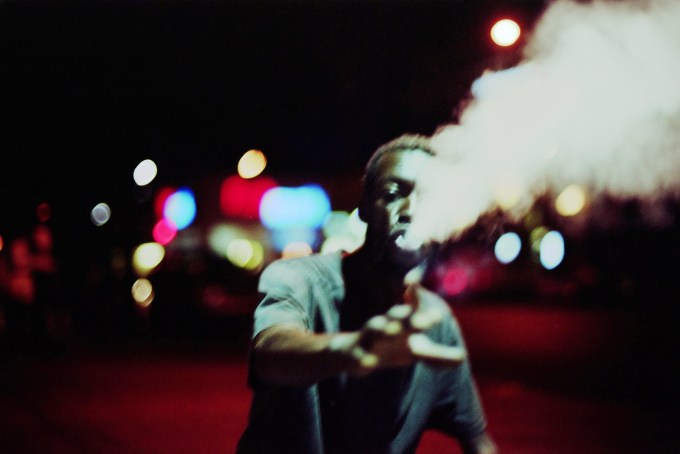 The San Francisco Cinematheque presents Crossroads 2016 this weekend, its annual festival of artist-made film and video. The festival celebrates abstract works that fall far outside mainstream cinema, and which include non-traditional documentary, and genre-defying gems of artistic expression. Field Niggas by Khalik Allah, an unflinching observational testimony of the drug-induced street community in Harlem, New York, arguably marks this year’s most significant inclusion.

Pointing a camera at this intoxicated group immediately raises questions of exploitation, but the long takes, tight close-ups, and extensive recordings communicate the consent and respect of its subjects. The relationship gets further complicated by its presentation to the artist-elite at the Crossroads festival, a position from which my own commentary emerges here, but is also testament to the festival’s willingness to accept the challenge of that complexity. Sociological revelations, exposed humanity and the tone of engagement make this video a work of exceptional value.

Filmed at the crosshairs of Lexington Avenue and 125th Street, this video bears witness to a confluence of diverse outsiders, including children and pregnant women, who appear to be drifting in and out of a dangerous sea without life jackets. It generously allows us entry, and makes it impossible to avert our eyes from the difficult realities it represents, a world infected by the use of K2, a rock-bottom-cheap synthetic marijuana that poses severe health risks.

The slow motion portraiture separates voice from bodies, with untethered interviews vaguely associated with faces on screen. This technique disorients the viewer, but also draws us in, demands active listening and forces questions. The words from its multitude of characters vacillate from indecipherable to deluded to spiritually enlightened to intellectually critical. Requiring active viewer participation, it builds a bridge for those willing to cross. For this community accepts anyone and everyone willing to enter, even the police who lurk like familiar uncles. With luscious photography, Field Niggas beautifies and humanizes, accomplishing a most sacred intervention simply by its deliverance.

The Black Spirituals, a two-man band made up of Zachary James Watkins and Marshall Trammell, opened the “Black Lives Matter” program at Other Cinema last night.  Serving as a benefit for NOW!, an online zine that marries experimental form with radical politics, the night’s programming showed off Black activist video and artful deconstructions of historical crimes against African Americans.

The Black Spirituals set the tone with their radical post-rock urgencies:  improvisational, cacophonous and sophisticated.  Incorporating textures of free jazz, hard rock, and electronica, their elongated sounds crashed over the audience like slow motion tsunamis.  Percussive tidepools swelled into ecstatic gutteral rage, exerting more visceral protest than Peter Menchini’s Waking Up Chief Suhr, the video document showing Black Lives Matters activists outside the San Francisco police chief’s bedroom window at 4am.  The root-tails of the Black Spirituals reach deep, tapping historical torments, which unleash sheer musical explosion, with audio levels assaulting the ears before ebbing back to ripples.   I have long believed no instrument expresses raw suffering rubbed up with anger better than a grinding electric guitar, and this group proves it so.

Here is an interview of the Black Spirituals about their collaboration and process:  http://alibi.com/music/47491/Postmodern-Black-Spirituals.html